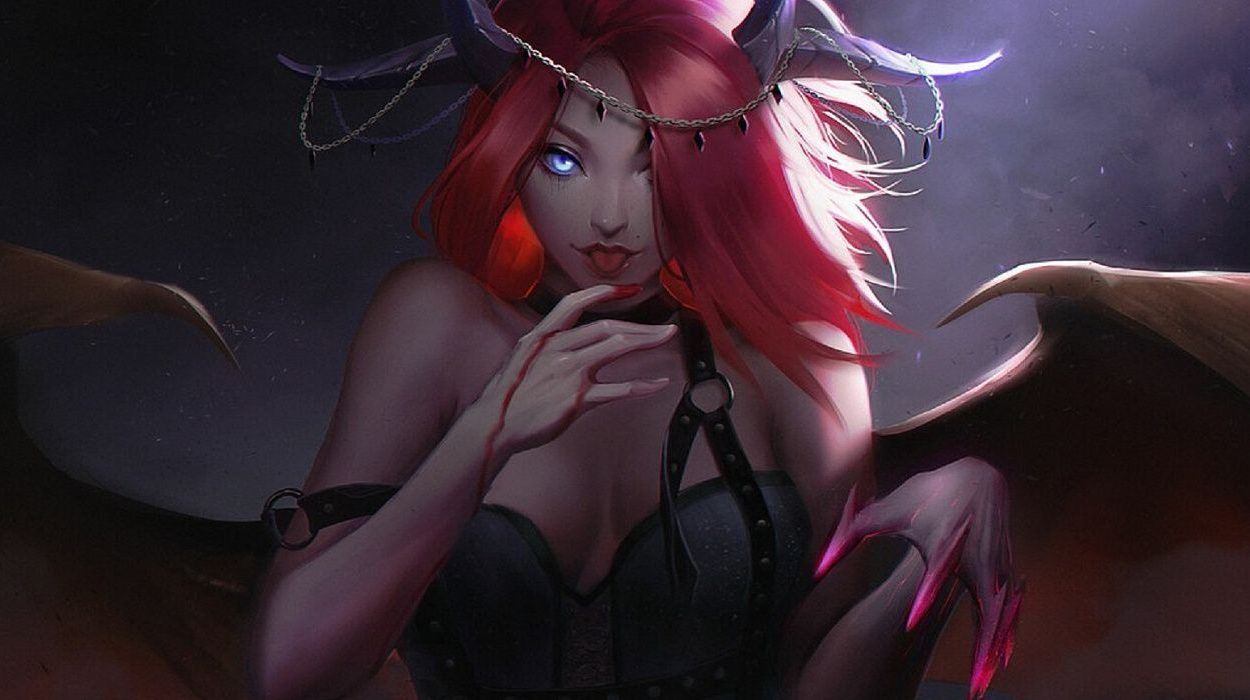 Top most famous succubi in games — The witch’s mistress, a schemer from the universe of «Sword & Magic», The ugly monster from DMC: Devil May Cry, the enchanting stranger Katherine and others

The term «succubus» first appeared in the Middle Ages and has been continually added to and expanded ever since. Nowadays we have got used to the fact that in every second fantasy project, be it game or film, there are succubi, and not only as negative characters. In this article, we’ve gathered some of the most famous and memorable debauchery demons in the gaming industry.

Traditionally, succubi have been represented as female creatures that have the distinctive characteristics of demons — Horns, hooves, sometimes wings. The image varies to one degree or another — For example, they might paint claws instead of hooves. Only the combination of human and unnatural body parts remains unchanged.

As culture has evolved, so have the succubi. You can now find fully human characters simply possessing the charms of seduction. Our list will include representatives of both the traditional approach and modern.

Succubus has not been released yet, so there is nothing to say about the character, but it is already clear from the trailers and the available prologue that it will be one of the most «traditional» Succubi represented in the industry.

Vaidija lives in hell and, according to the brief synopsis, is about to reclaim his throne. The demoness has hooves, a tail, and horns, and beauty and femininity are combined with cruelty and depravity. Over the course of the story, Vaidige will chop up undead and sinners by the hundreds, tear off genitals with her bare hands, and cut off the heads of demons seeking to rape her. Unfortunately, considering the studio’s first game — Agony — hopes for an interesting story are few. 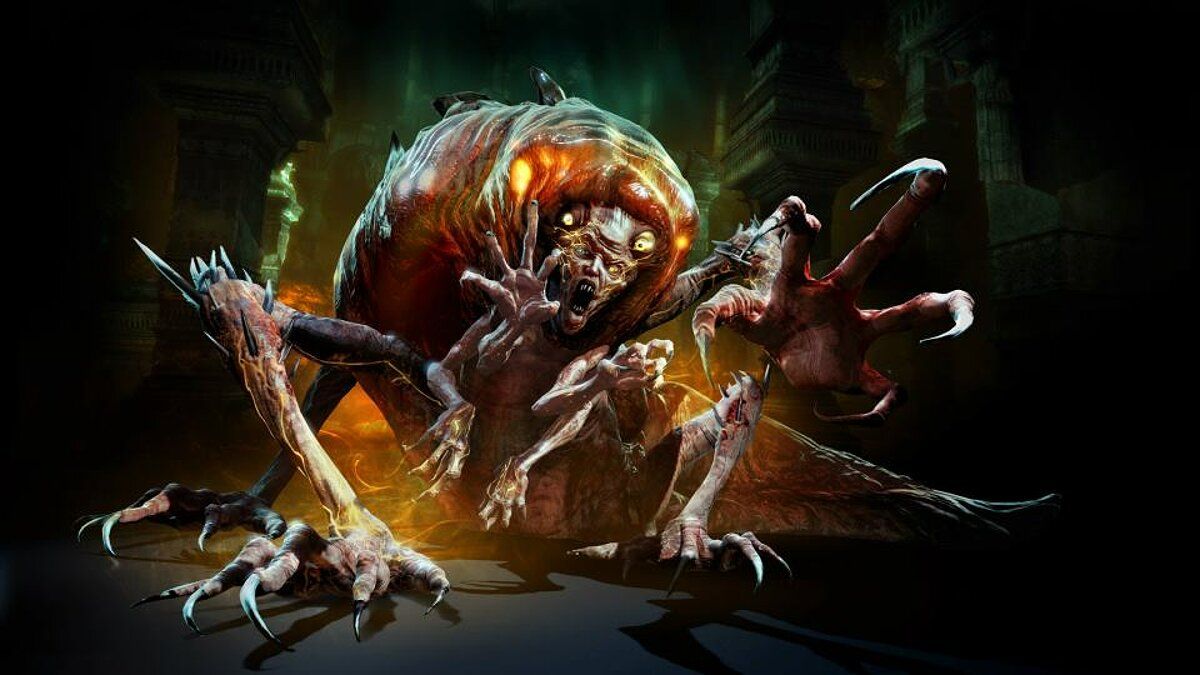 Devil May Cry relaunch is full of interesting and memorable bosses. One of them was a succubus, whose secret excretions served as a secret ingredient (hello, slurm from Futurama) for the local soda. Through the monster, Mundus weakened the human will and subjugated the souls of. It is after stories like these that you stop drinking «Coke».

The demon from DMC: Devil May Cry is very different from all the succubi featured in this top. Possessing a completely unattractive appearance, she charms and enslaves in a more eccentric way. Demoness looks more like a bloated insect than a horned seductress, but it’s totally in the spirit of the game — Another boss in particular was a demon who ran a television.

Demoness — One of the playable characters in the Underworld add-on for the once-popular Diablo clone — Sacred. There’s no direct evidence in the game that she’s a succubus, and the Demoness herself never mentions that she’s seduced humans. But her extremely sexual appearance makes one think that the character is close to this kind of demons.

Its story has to do with revenge. Like Vydija from Succubus, the Demoness is violent and determined. She is reluctant to help people and is extremely dismissive of them, and the only thing she is interested in — By any means necessary to punish her abusers.

Another interesting representative of succubi was found in the world of Planescape: Torment. Fallen Grace was a slave, but managed to gain her freedom. After that, the demoness completely reconsidered her life, renounced evil and seduction, and then opened a brothel where sex is forbidden.

Grace is a very complex and deep character with a personal tragedy. After a change of heart, she was rejected by her own people. So in the company of the Nameless One will not only be a reformed demon, but also an outcast.

Interestingly, the appearance of the enchanting beauty did not disappear with the change of worldview, which creates an additional contrast. However, the two leathery wings do give away the girl’s true nature.

Arueshalae — Pathfinder: Wrath of the Righteous

Another succubus on the path to redemption is one of the co-partners in Pathfinder: Wrath of the Righteous. Given the opportunity to dream, Arushalai decided to redeem herself for all her evil deeds.

On the outside, the girl does not look much like a human. Like many others of her race, the demoness has large wings, hooves, and horns. Despite this, Arushalai is still a very lovable character who wants to help.

Succubus — She Will Punish Them

She Will Punish Them is in early access, but the theme of succubi is revealed in it from the most anticipated sides. Detailed customization of your own character allows you to spend hours or even days in the editor. In addition, in the game you can gather a whole team of beautiful temptresses, which means that girls in minimal armor with proper breast physics you will see constantly. The developers know exactly what in their project attracts attention and actively use it.

In his wanderings, the White Wolf has repeatedly crossed paths with succubi. Buttercup points out that these creatures cause harm only for specific reasons or very rarely and accidentally, which makes them closer to humans than other spawns of the Pairing of the Spheres. That’s why all quests involving these creatures are connected with Geralt’s choice — Kill or Pardon.

В «The Witcher 2: Assassins of Kings», If one chooses the path of Yorvet, the witch will take on the investigation of the strange deaths of young men in the camp. Pretty soon it turns out that they were all visiting the local succubus. She lives in seclusion, her appearance close to traditional. With proper care, Geralt will quickly realize that the seductress has nothing to do with the deaths, though the ultimate choice is left to the player. If you take a side «monster», She will repay the White Wolf in her usual manner.

Salma — One of the two succubi that Geralt can meet during his adventures in «The Witcher 3: Wild Hunt». Her appearance is also close to canonical — Small horns and goat hooves instead of legs. Salma is interesting in that she is fully incorporated into human society — She works, lives in the city, stores for groceries and spirits. Of course, she is still a threat, which is why the witch encounters her, but for the most part, succubi in the witch’s world are more of a commonplace and some kind of woodland creature than a real threat. Of course, for her help, the succubus will generously reward Geralt with what she does best.

Zana wasn’t a demon to begin with. The girl was born into a magician’s family and had nothing to do with the art of seduction. After catching her chosen one cheating, Zana summons a demon to punish the guy. For that, the girl was burned at the stake. after which her life changed drastically. Human nature influenced the demoness. For example, even after her death, she retained her love of poetry.

As a succubus, the villainess served the arch-demon Kha-Belech faithfully, but after the events of Heroes of Might and Magic 5, was summoned by the wizard Fenrig to look after his young apprentice — Sareth. As the disembodied voice in the guy’s head, Zana very quickly realized the value of her host and began to guide and help him. When Sareth discovers his true nature, he has a choice — get rid of the demoness or continue to heed the advice of. Unfortunately, the story of the temptress has not been fully told. If Sareth leaves the succubus alive at the end of Dark Messiah of Might and Magic, Zana becomes his chosen.

Biara — Another succubus out of this world «Mecha and Magic». Succubus was one of the main heroines of Heroes of Might and Magic 5. She also has horns, hooves and a tail, but in her true form Biara preferred to dress in armor, which immediately set her apart from her congeners. The demoness is a calculating, clever and cunning spy who uses her skills not for pleasure, but to achieve the goals of the lord of hell — Kha-Beleha.

Biara’s hallmark is her ability to change her appearance. It is because of this ability that she has been able to cheat the empire for a long time. The succubus subsequently caused a lot of trouble for her former warlord — Agraila — when he decides to betray the demon lord.

Catherine — a character in the game of the same name — Catherine: Full Body. She’s young, she’s sexy, and she’s against commitment. Not surprisingly, tired of the day-to-day Vincent — main character — instantly falls in love with a girl. There are only two problems: the guy already has one pregnant girlfriend, and Katerina is generating nightmares, and seduced men are dying.

Catherine — A succubus, and her father is nothing less than a — ruler of Hell. She made our list primarily for the fact that she is not just a boss. She’s practically the second most important character. Moreover, in her relationship with Vincent, the demoness changes — She deliberately begins to ignore her duties in order to spend more time with her boyfriend and share her views on life. Katerina even has a job — she designs computer games.

The character is mysterious and multifaceted. Talk to her and try to build a better relationship — A crucial part of the gameplay. What to say about the whole 13 endings, among which there is one in which the temptress can be taken as a wife.

These were all the succubi we remembered. And what devilish temptresses do you like — write in the comments!